Our journey started in Rifle, Colorado to visit the falls and try out the Lee filters.  I brought all my gear...and had to use two backpacks.  I packed the Fuji in the big Lowepro bag I used in Egypt.  Boy that trip was almost 10 years ago!  I used a smaller bag for the Olympus and set it up as my 'night bag' for star photography. 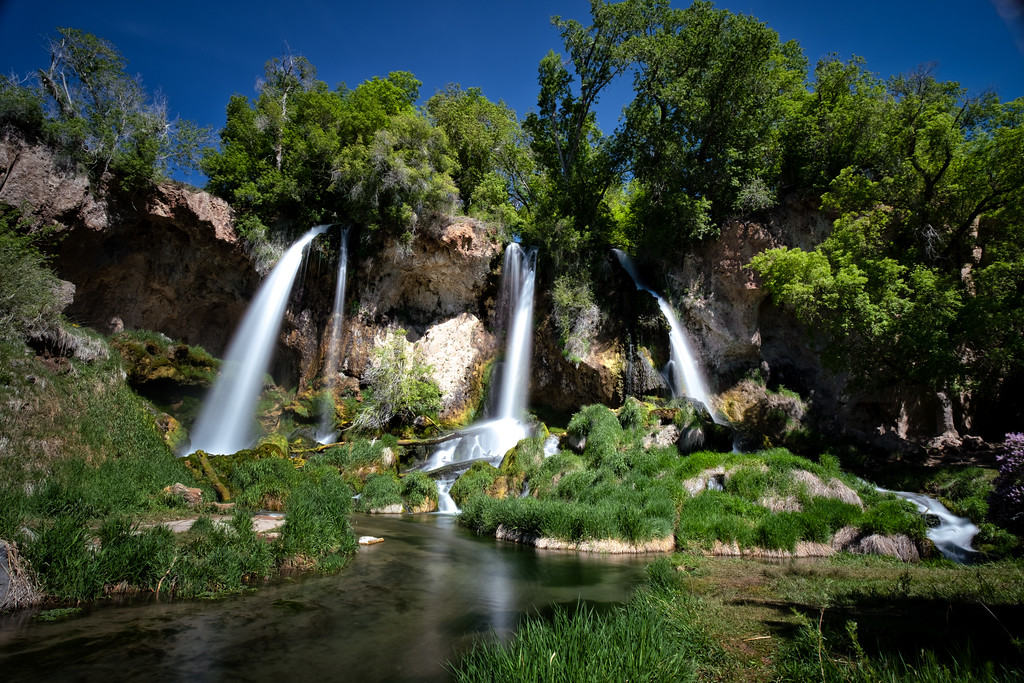 We stayed in Vernal, Utah in a Marriott extended stay.  We wanted to have a kitchenette to prepare our breakfasts and make lunches for the cooler.  Worked out well.  Many of the restaurants were open for take out and we got Mexican food to go.  We went to the local Smith's grocery store to pick up supplies.  Absolutely no-one in the store with the exception of the workers and ourselves were wearing masks.  In Colorado everyone wears masks, it is kind of mandatory.

The plan was to hit Stienaker State Park for some star photography. It is on the Dark Skies register and is situated in such a way that the lights from Vernal are minimal.  This was not the right spot for us so we went down US Route 40 and tried to get closer to a cool looking peak.  No luck, we were driving though ranch land and these hills were in the way.   The hills are obviously used for off roading.  There were several people driving side by sides in town and on US40.  We took the truck on the trails. This could be a good place for night photography.  Clouds were rolling in so we stayed for the sunset and abandoned the idea of staying late for the stars.

Dinosaur National Monument straddles Colorado and Utah and consists of 200,000 acres on the edge of the Unita basin.  Dinosaurs roamed here.  The Quarry Visitor Center contains over 1500 fossils.  The Fremont people lived here after the dinosaurs and left their mark in the form of petroglyphs dating back some 1000 years ago.

We are still experiencing the pandemic and there were few visitors to the park.  The Quarry Visitor Center was closed.  Traveling after Memorial Day weekend we hoped would yield fewer people; we only saw two other hikers.  We spent the entire day exploring the canyons and petroglyphs. 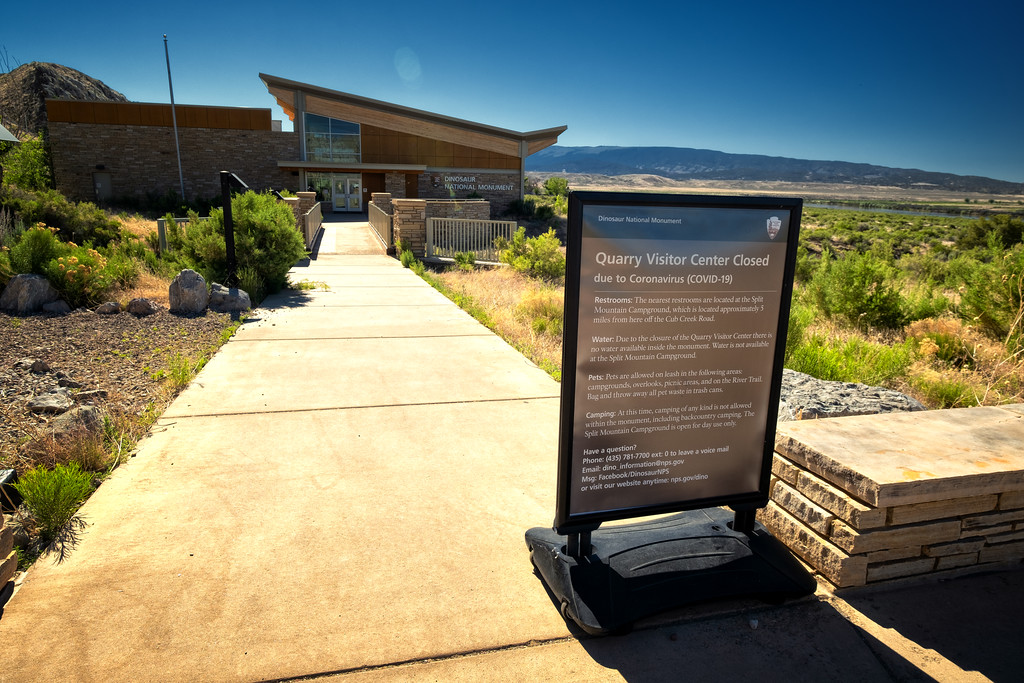 Back in the truck driving the scenic route though the park and stopping for petroglyphs. It was getting close to 90 degrees already. 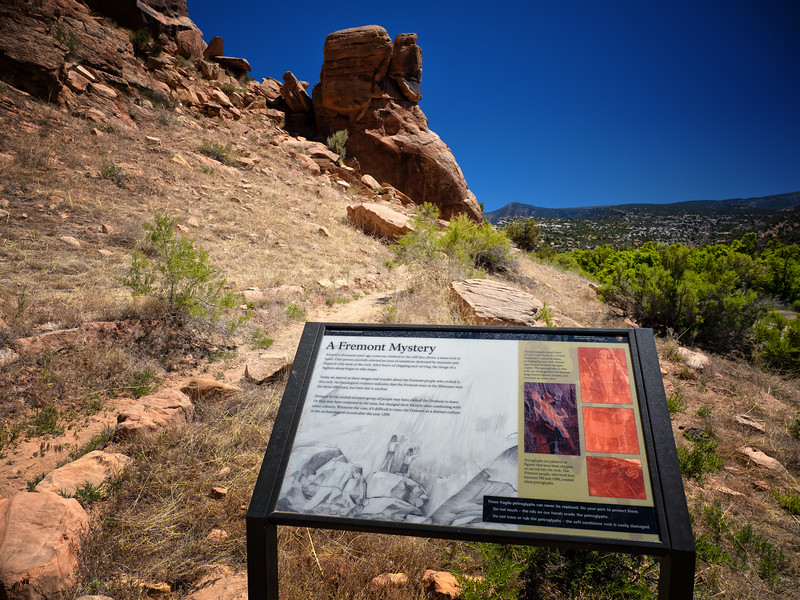 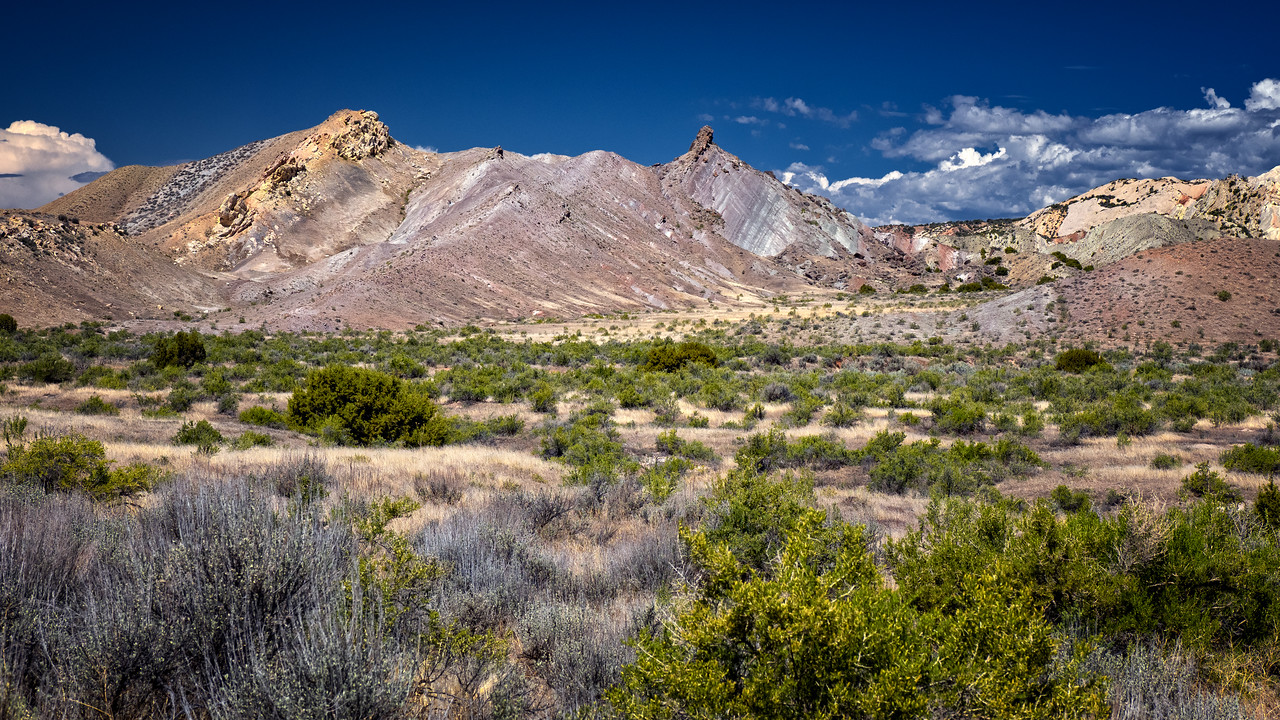 After our hike on the 'Sound of Silence Trail' we went all the way back to Colorado to the Canyon Visitor Center to take the Echo Park off-road trail.  We stopped at the Visitor Center, it was closed, but had a nice shady picnic table.  Time for lunch! The restrooms were open and there was a water spigot that we used to fill up the Stanley.  Great little stop, sometimes it is just the little things that make me happy.

The road to the Echo Park turn off was longer that I expected - beautiful country though and we stopped a few times.  No Dinosaur fossils were found on the Colorado side.

We turned off on the dirt road, a sign was posted not recommending passenger cars...ok, the road was not bad at all.  The road went for miles and ended up at the bottom of the steep walled canyon.  At the end of the road was convergence the Yampa and Green rivers and a giant monolith named Steamboat Rock. The weather was starting to turn as clouds rolled in.  We were hoping for blue skies at Steamboat Rock.  No star photography tonight.  It was a good thing too, we were exhausted and crashed out before it even got dark. 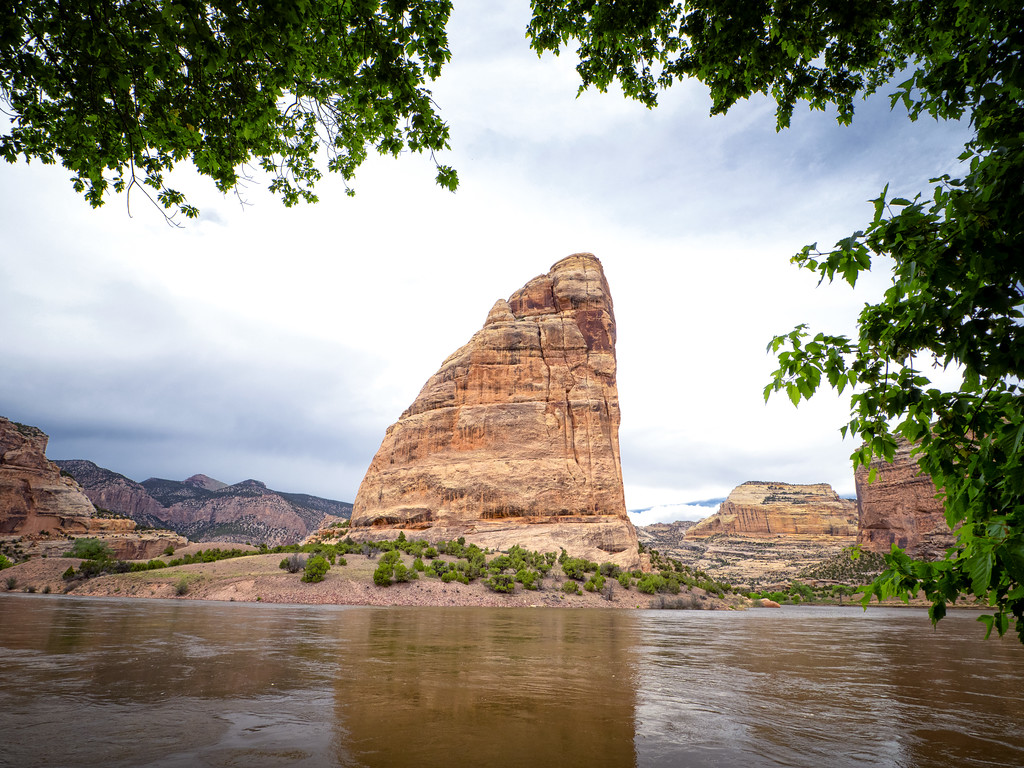 On the way back to Denver we received an alert on our phones that there would be a curfew in effect starting at 8:00 PM.  What is going on?  We have definitely been unplugged for three days which was awesome.  No news of COVID 19 and no anxiety.  Well, Mr. George Floyd died from being pinned down by a cop in Minneapolis and the whole country has been protesting.  This included vandalism to the city of Denver and other major cities so curfews have been put into effect.  The country has been protesting since Thursday and we were none the wiser.  Mr. Floyd deserves justice!