Time to get outdoors no matter how cold it is! It was beautiful day at Barr Lake State Park in Brighton.  The sun was shining and no wind.   We arrived around 10:30 am and that is pretty late in the day to see bird activity, but is was like 17 degrees at 7:00 am.  Too cold for me.

The lake was frozen over and the brush was a bright red. We had one thing on our minds - Bald Eagles.  We saw some other fellow photographers with their big glass on the trail. They had similar luck, the Eagles were just not around. The Canadian Geese were out in considerable numbers though, and you could hear them barking as they took flight.

We hiked 5 miles, whew, I have been sedentary for some time now and boy did I feel it.  We spotted some eagles from the Gazebo, they were far away.  You can just barely see them and I was zoomed all the way out at 400mm.  We decided to go to the rookery to get closer to them but by the time we got over there they were gone. Not a total loss, we spotted some deer on the trail and got a few shots. We did see a couple hawks, but they are too fast for me.  I got a few air shots...the hawks flew right out my frame. 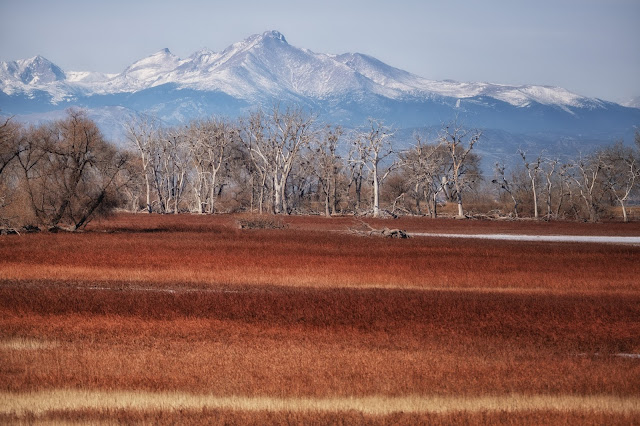 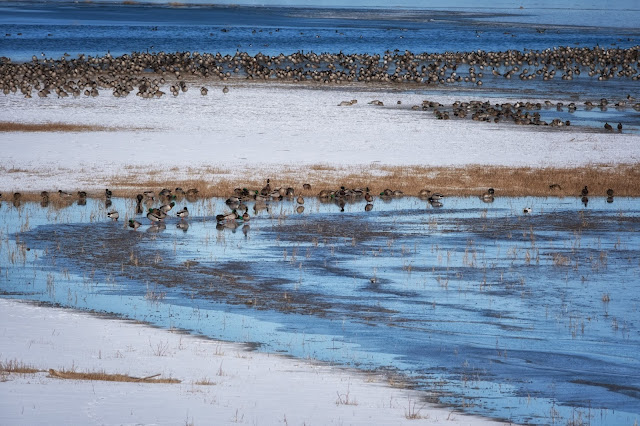 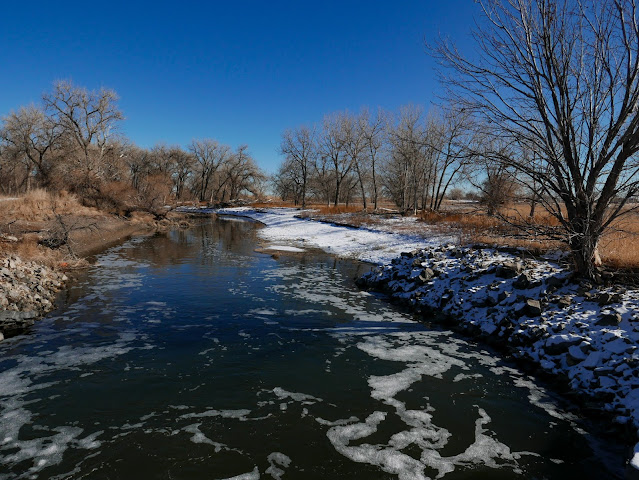 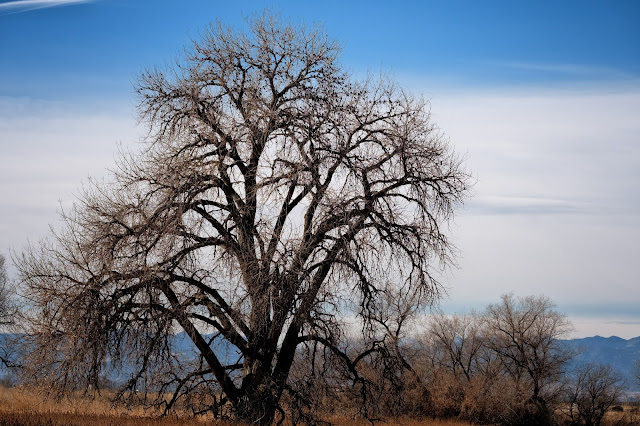 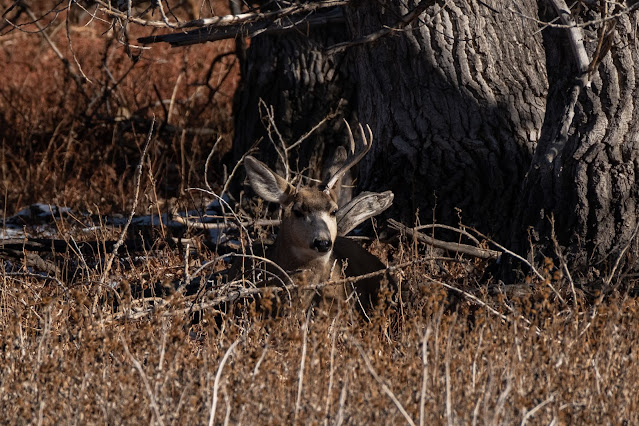 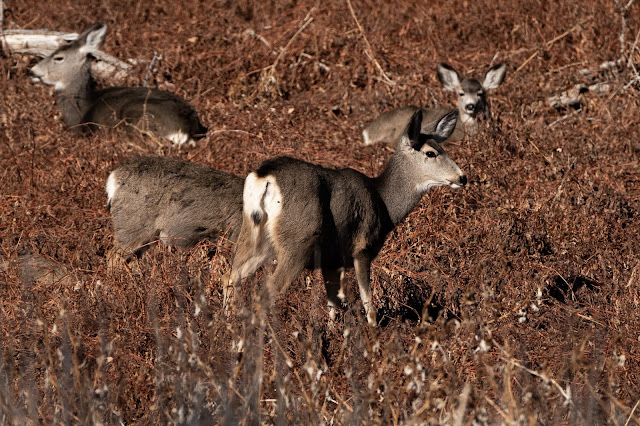 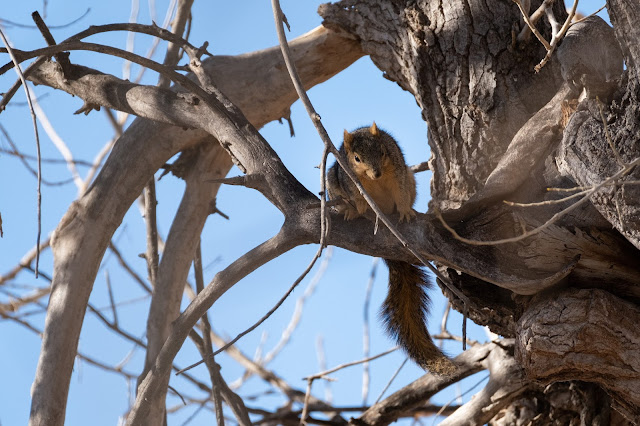 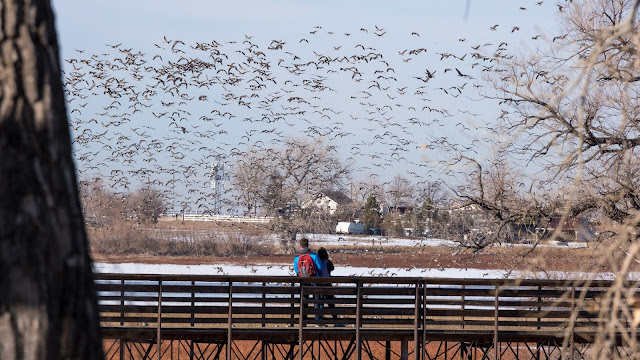 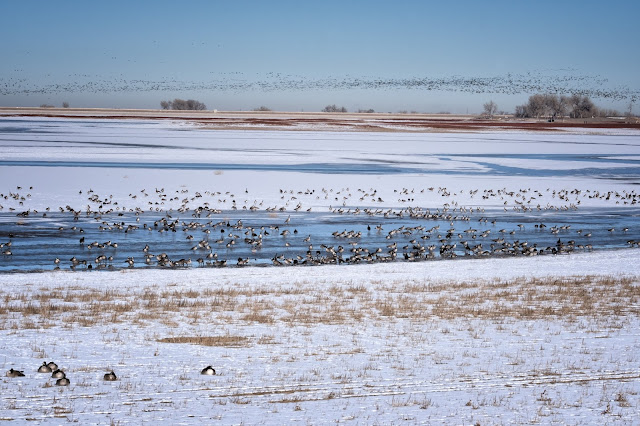