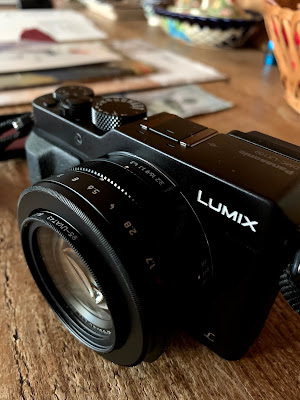 I sold my FujiFilm XT20.  Just didn't need it since I upgraded to the most excellent XT3. Well, I have been looking at waterproof cameras, a higher quality one. The FujiFilm FinePix I took to Costa Rica was ok, not great.  I guess I am just used to a bigger sensor and shooting RAW.  I know, I am still shooting cropped sensor with the XT3 but it works for me.  At any rate, I got way off track and started looking at Lumix micro four thirds point and shoot LX100.  It has a fixed F1.7 24-75 mm and it shoots RAW! I was looking for low light capability too.  The Olympus Rugged water proof was in my sights for a good while until I found the Lumix. I bought the Lumix.  It is an older model but not a lot of upgrades on the recent model.  Plus it was way cheaper and B&H Photo had it on a significant sale. It does not have an articulating LCD but that is ok, I am good with that.  What I really liked was the micro four thirds censor and the 1.7 aperture.  I LOVE the Macro on it! SO fun.  Only draw back is the zoom button, it is in the same place as the Fuji XT3's power button. I keep trying to turn it off there.

We hit the the Denver Botanic Gardens.  Yeah, everything is dead outside but not in the rain forest.  I love that place - such good winter therapy. I am happy with the performance of the Lumix.  I am pretty sure it will be going to Jordan and Israel in September with the TX3. 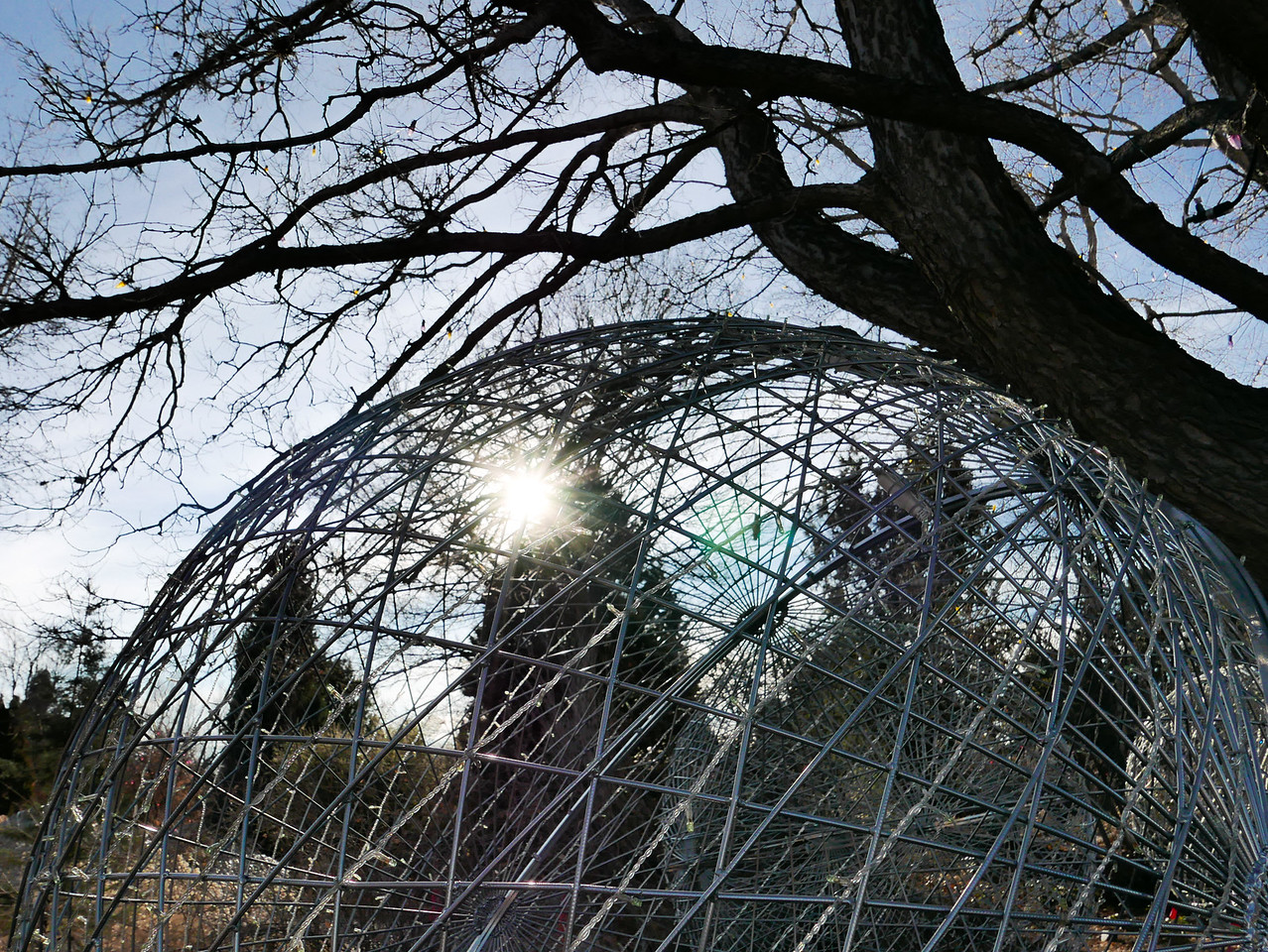 April 08, 2020
At lunch today I went to Baalbek, Lebanon by way of Google Earth.  Super cool to explore - there are quite a few virtual tours of the ruins.  Not being able to travel is bringing me down.  We have a trip scheduled to Israel and Jordan in September.  I am not holding my breath that we will be able to go with all of the travel restrictions due to the pandemic.  So, to get my travel and exploration fix, I went virtual.

The place was pretty empty of people, shelter in place I guess...haaa.  I was armed with my SnagIt camera and took pictures of what I would take.  Pretty fun!
Baalbek is an ancient Phoenician city located in what is now modern-day Lebanon, north of Beirut, in the Beqaa Valley. Inhabited as early as 9000 BCE, Baalbek grew into an important pilgrimage site in the ancient world for the worship of the sky-god Baal and his consort Astarte, the Queen of Heaven in Phoenician religion (the name 'Baalbek' means Lord Baal of the Beqaa Valley). The center of the city was a g…
Post a Comment
Read more

June 18, 2020
In order to avoid people during this pandemic and get our photo geek we went on a mid-week road trip to the Gunnison area. I have been wanting to go out there for a while now but for some reason I thought it was far away, like Durango far. Gunnison is only 6 hours from Denver.  We took the non-interstate highways, which is always a nicer ride.  The last road trip, to Vernal, Utah, we stayed at a hotel with a kitchen so we could cook our meals.  Not a lot of options in Montrose or Gunnison.  We stayed at our first AirBnB.  With all the travel we do you would think we would have done this before.  We found a cabin on a horse farm just outside of Montrose.  So cool!! Erich bought an RTIC cooler...much bigger than the Yeti and cheaper! It was filled to the brim with breakfast, lunch and dinners.  No grocery shopping on this trip. The truck was full, we brought a ton of stuff.  Both coolers, all our camera gear, lawn chairs (which we used at the Crystal Mill), 5 gallons of water, luggage a…
Post a Comment
Read more