In order to avoid people during this pandemic and get our photo geek we went on a mid-week road trip to the Gunnison area. I have been wanting to go out there for a while now but for some reason I thought it was far away, like Durango far. Gunnison is only 6 hours from Denver.  We took the non-interstate highways, which is always a nicer ride.  The last road trip, to Vernal, Utah, we stayed at a hotel with a kitchen so we could cook our meals.  Not a lot of options in Montrose or Gunnison.  We stayed at our first AirBnB.  With all the travel we do you would think we would have done this before.  We found a cabin on a horse farm just outside of Montrose.  So cool!! Erich bought an RTIC cooler...much bigger than the Yeti and cheaper! It was filled to the brim with breakfast, lunch and dinners.  No grocery shopping on this trip. The truck was full, we brought a ton of stuff.  Both coolers, all our camera gear, lawn chairs (which we used at the Crystal Mill), 5 gallons of water, luggage and of course the 32 degree jackets and gloves - just in case.  We used the 32 degree jackets for the night shoot.
On the way to Montrose we stopped at Blue Mesa, Curecanti and the Morrow Point Dam.
Camera: Olympus E-M1 Mark III 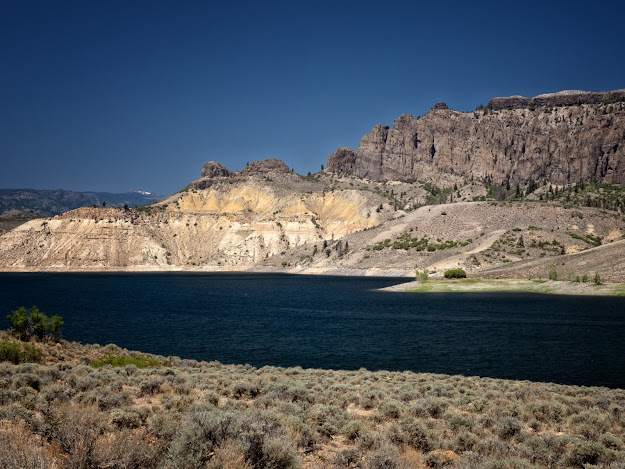 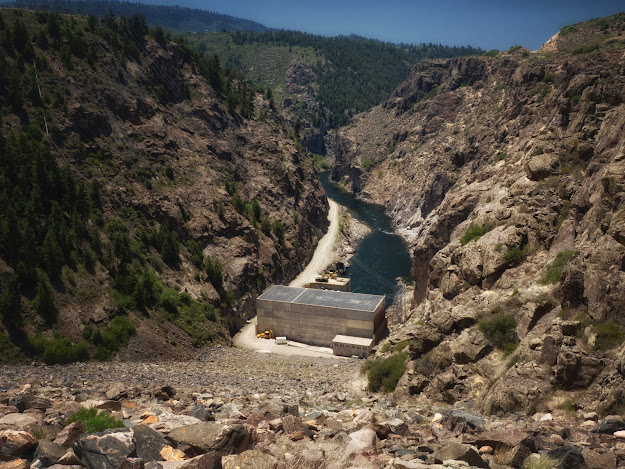 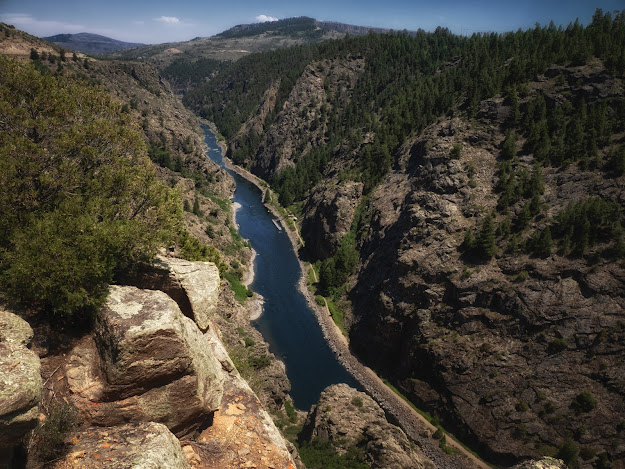 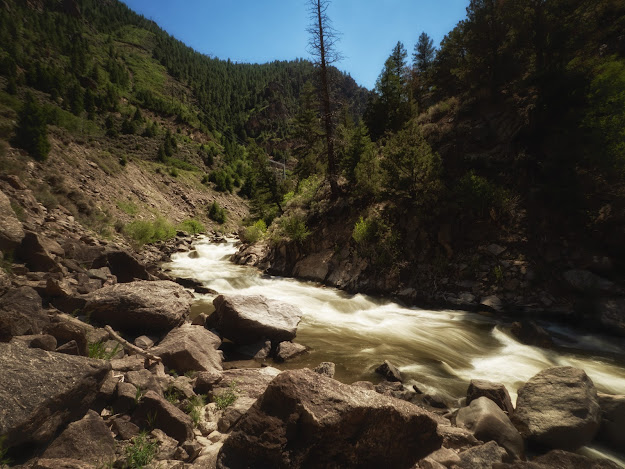 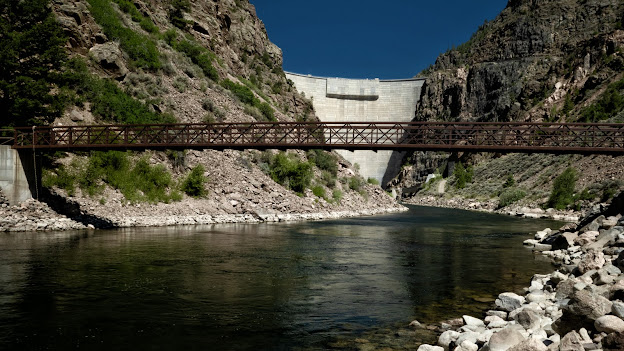 The cabin was super cool, a little one bedroom and the night sky was fantastic.  We set up for star shots with the Olympus cameras since they have the new Starry Focus.  I had nothing but trouble.  My pictures are, well, let's say awful.  That is why I practice so much. 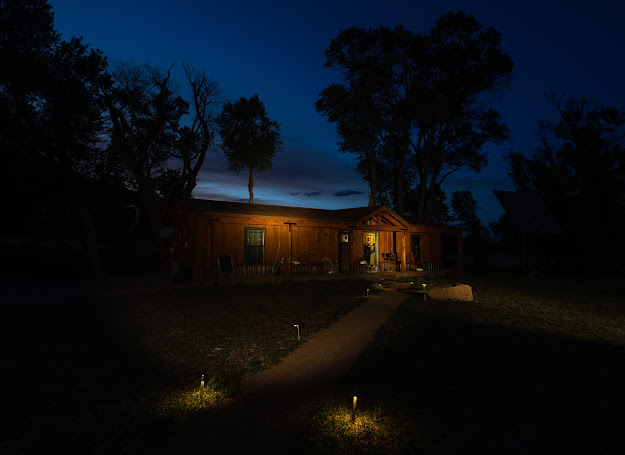 On the way to Montrose we drove through some beautiful country.  Lunch stop was an off road trail off  HWY 285.  There were a lot of cows!  They were napping on the road. Cool little road though.  We stopped by some aspen trees in an area just full of cow patties.  We ate in the truck - the flies were thick outside. Erich actually got cow patties up inside the wheel well and we kept it throughout our journey and didn't get rid of them until the truck washing when we got home.  Not that we noticed until they were all over the driveway.
Exploration day to Marble, Colorado took all day.  We took the Elk Loop scenic byway to Marble to  the off road trail to the Crystal Mill.  Photographers iconic shot.  Yeah, I got it too!  I set up the Manfrotto with the Fuji XT3 a big blocker and the ND grad Lee Filters and did some long exposures. I looked like I knew what I was doing.  My white balance was all over the place, not sure what was going on?  At any rate, I got the shot!
Camera: Fuji Film XT3 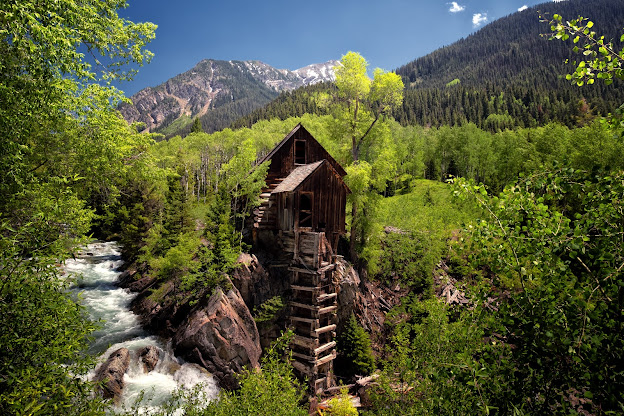 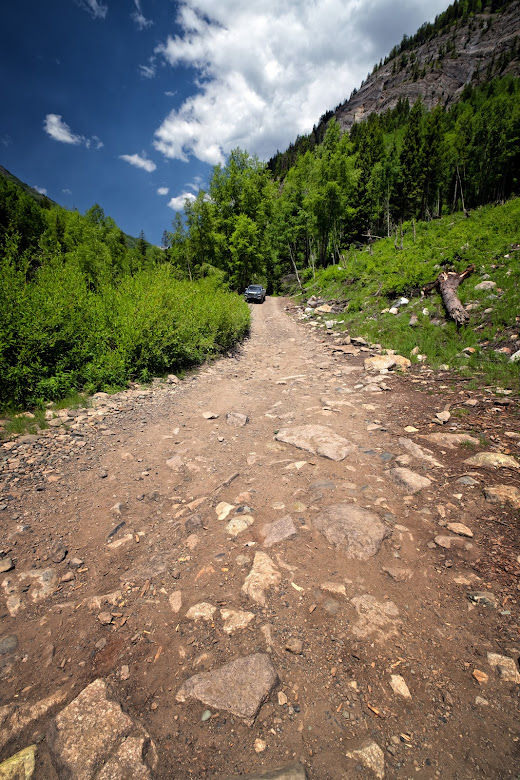 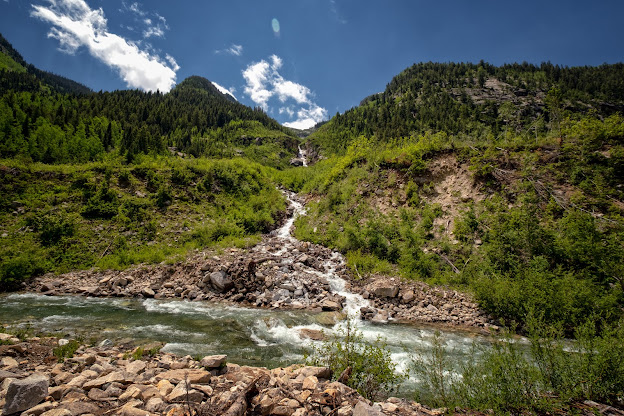 Black Canyon was a full day of driving along the south rim and stopping at every pull out.  We were lucky that the sun was out and there were a few clouds.  The clouds created broken light that shown on the canyon walls.  At the end of the south Rim Road we hiked on the the Walden Trail to the edge of the canyon. 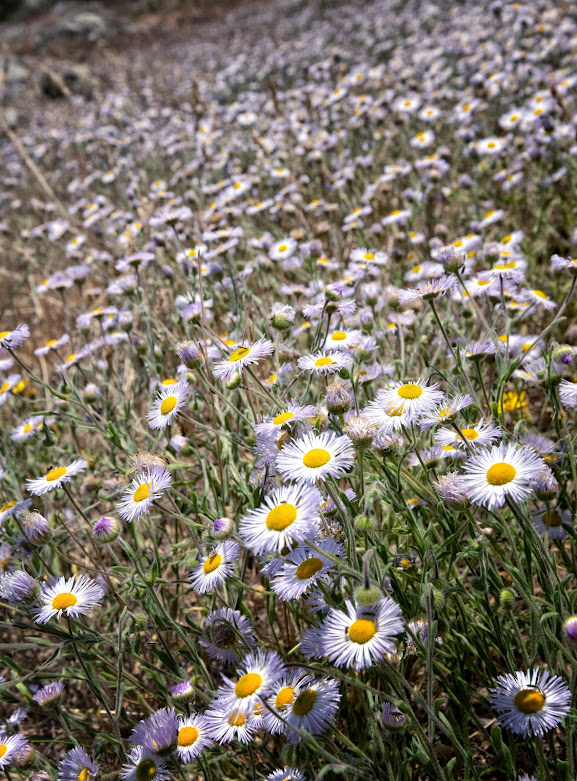 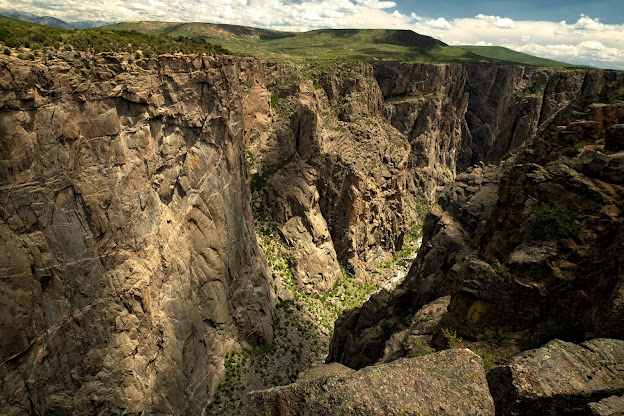 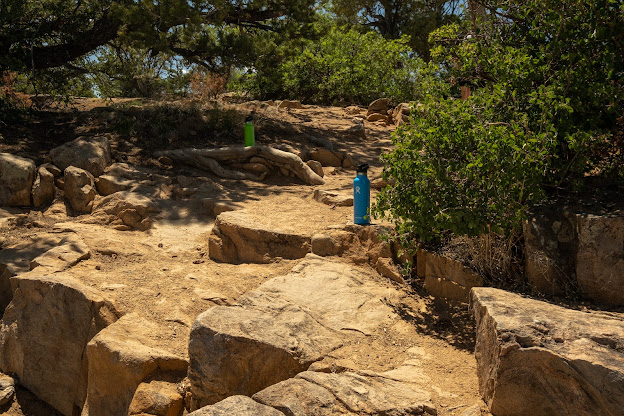 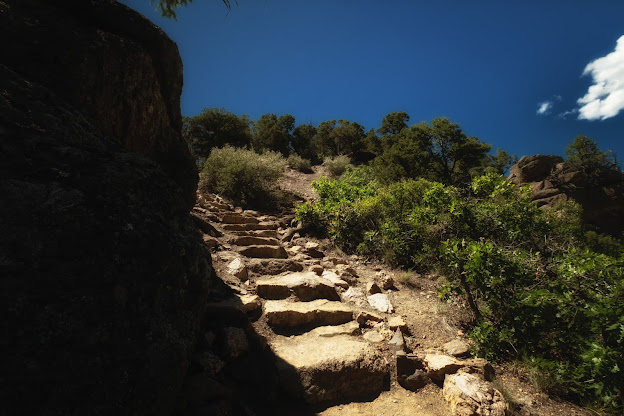 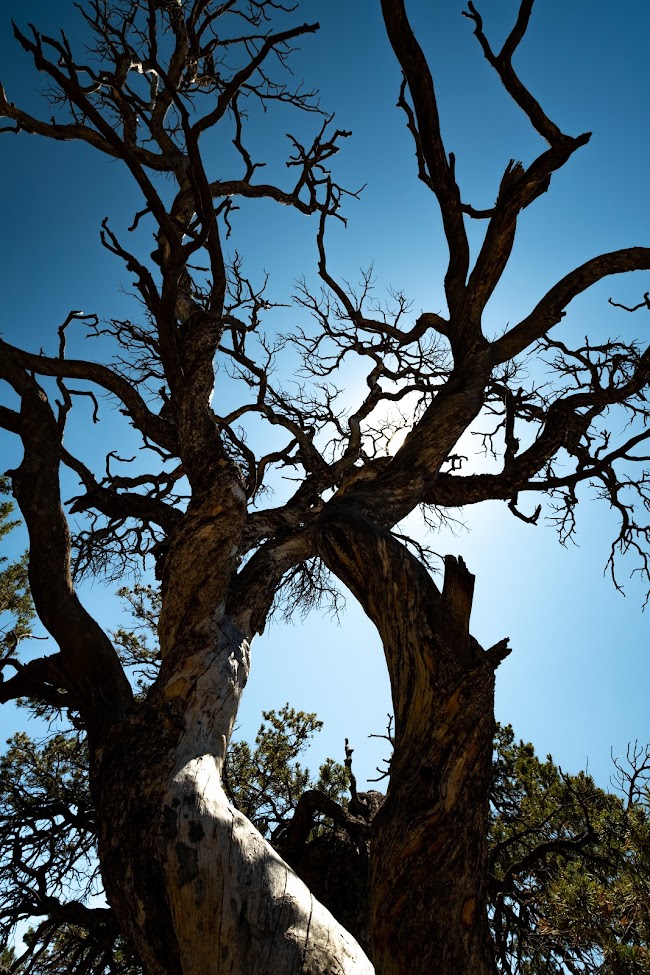 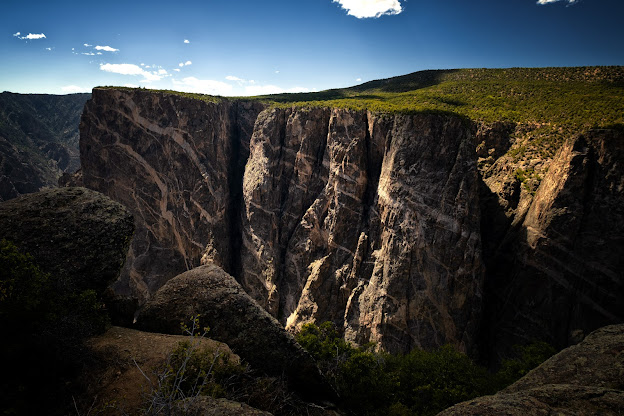 On the way out of the Park we took the East Portal Road.  A 16% downhill grade with hairpin turns to the bottom with access to the Gunnison River and the Dam.  Lots of fishermen out.  As always a great trip! 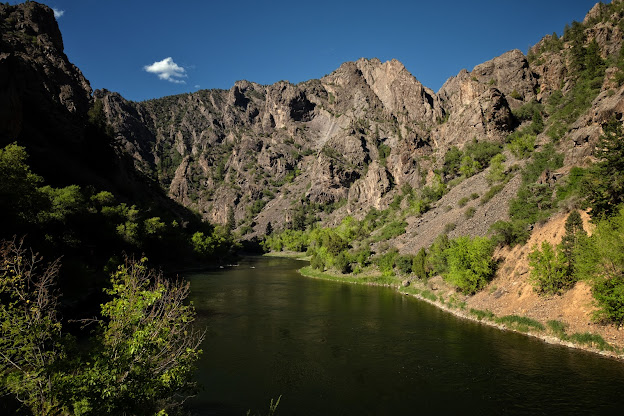