October 01, 2020
On the way to California we stopped briefly at Red Rock Canyon in Las Vegas and then found an alternate route to the town of Joshua Tree, our base camp in California. We stopped along the way to photograph the burnt Joshua trees and had lunch in the railroad ghost town of Kelso, which is now a National Mohave Preserve Visitors Center.  Great little stop out in the middle of the desert. We travelled on part of old route 66 and I told Erich, wouldn't it be cool if we came across an abandon motel and we did.  Ok, it was a restored motel but a pretty cool happy accident.
Camera: FujiFilm XT3
The Salton Sea was completely deserted.  We were the only ones there and it was 109 degrees, you could feel your blood beginning to boil.  The Salton Sea is one of the world's largest inland seas and lowest spots on earth at -227 below sea level. It was re-created in 1905 when high spring flooding on the Colorado River crashed the canal gates leading into the developing Imperial Valley.  For the next 18 months the entire volume of the Colorado River rushed downward into the Salton Trough.  By the time engineers were finally able to stop the breaching water in 1907, the Salton Sea had been born at 45 miles long and 20 miles wide – equaling about 130 miles of shoreline. 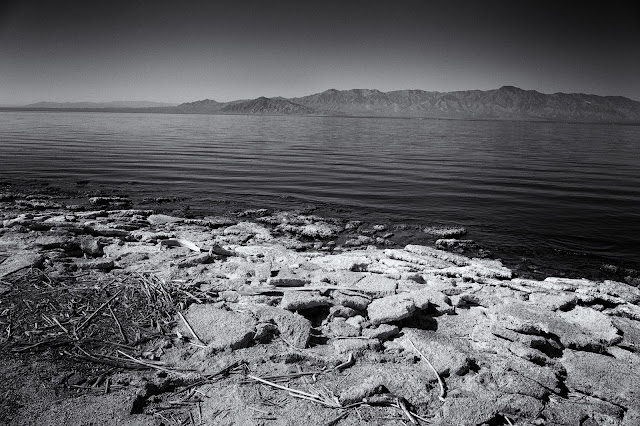 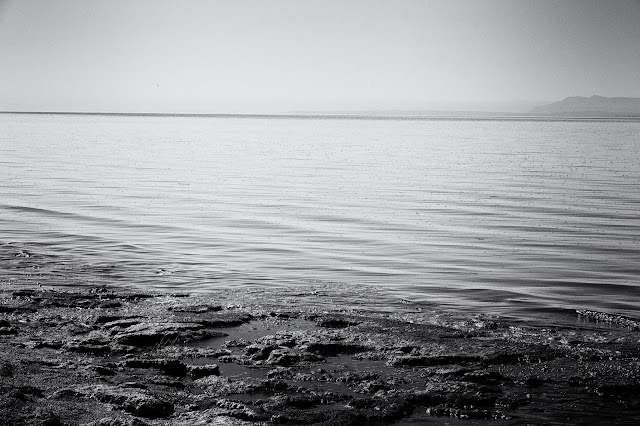 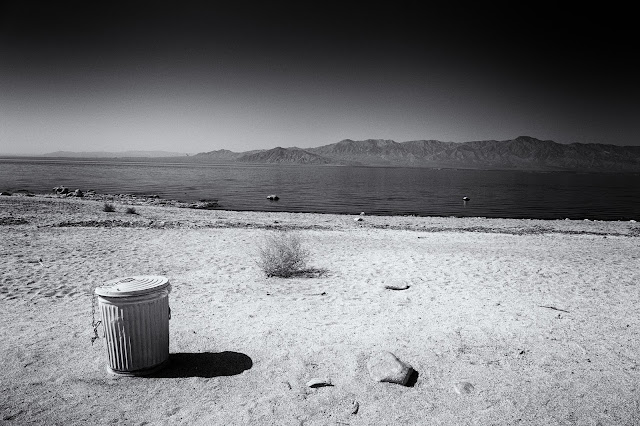 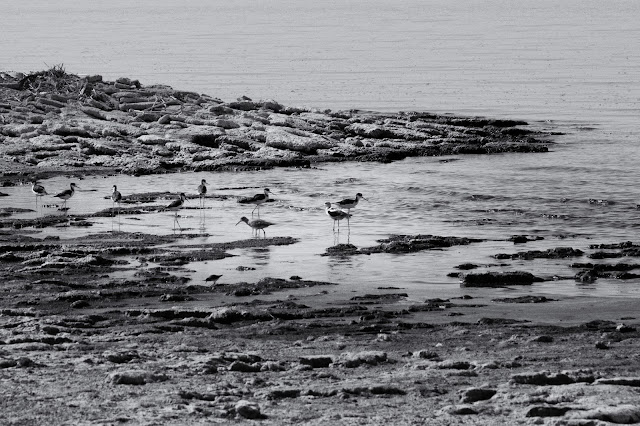 Bombay Beach was a bit of a disappointment.  It used to be a thriving community in the 1950s when the Salton Sea was a booming resort. As the lake became toxic from the farm irrigation run off, tourism declined and the town died. We were expecting abandoned buildings corroded by the salt air.  What we found was junk and vandalism, plus, people were living there and it was kind of creepy too. 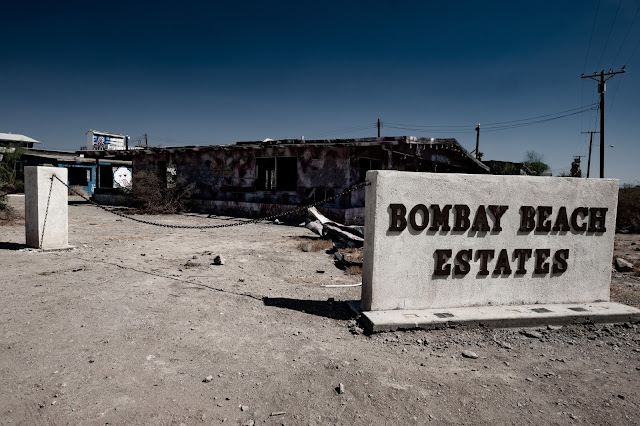 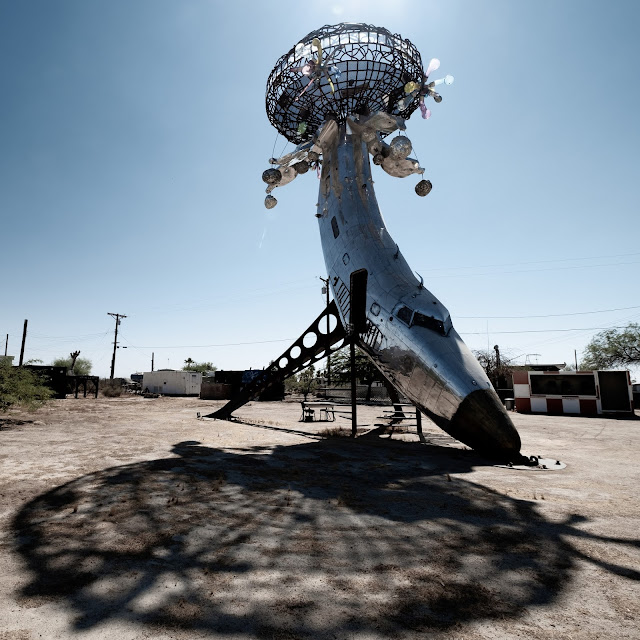 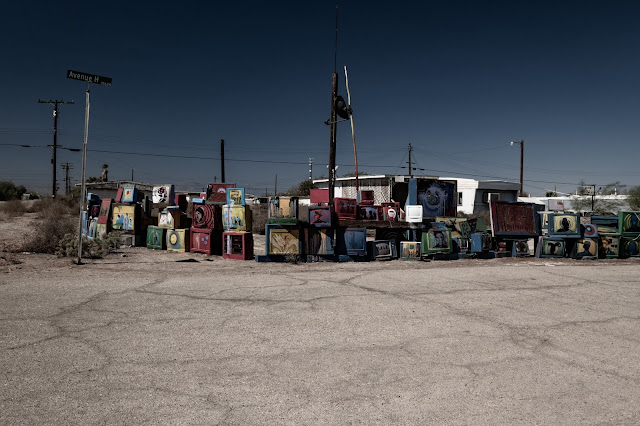 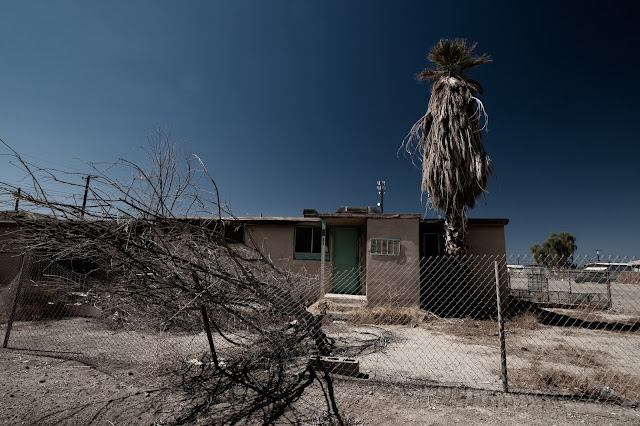 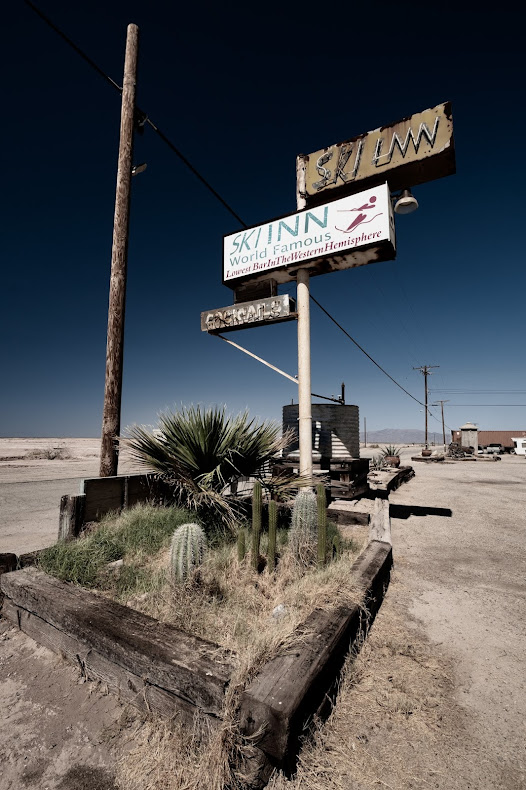 We spent the day driving around the lake through the many date palm farms, looking for a lunch stop in the shade somewhere and ended up in a cemetery in Niland.  After lunch we visited Slab City, on the outskirts of Niland, claiming to be the last ‘free’ place in the United States.  Lots of crappy housing here too, junky trailers but, the highlight was the Salvation Monument. We were there of about 45 minutes before the heat overtook us.  It is tough to breath in 109 degree heat wearing a face mask. 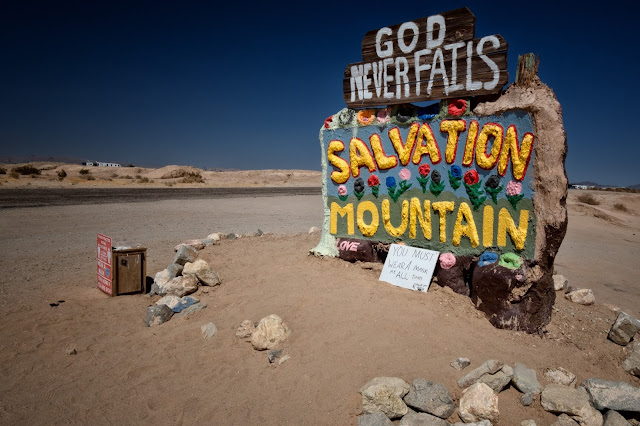 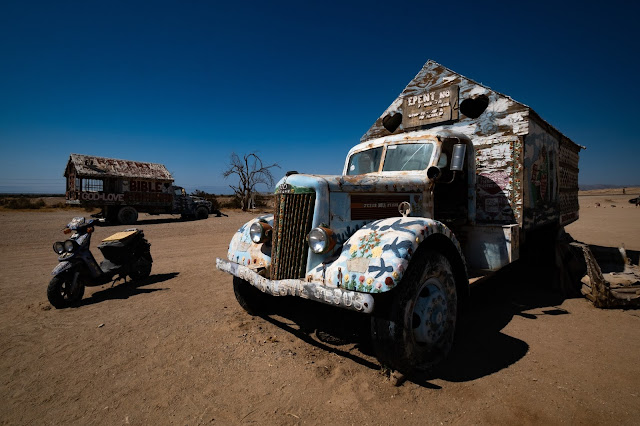 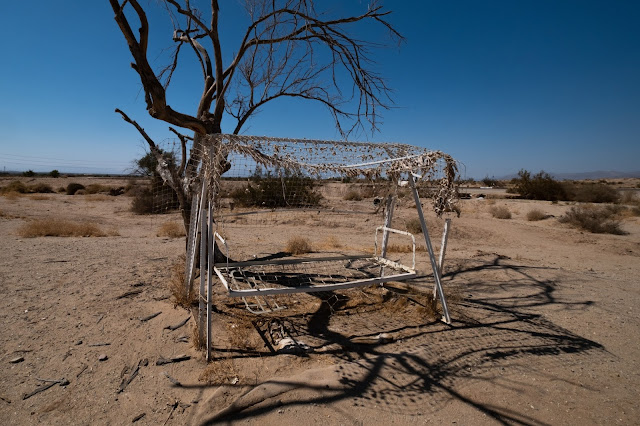 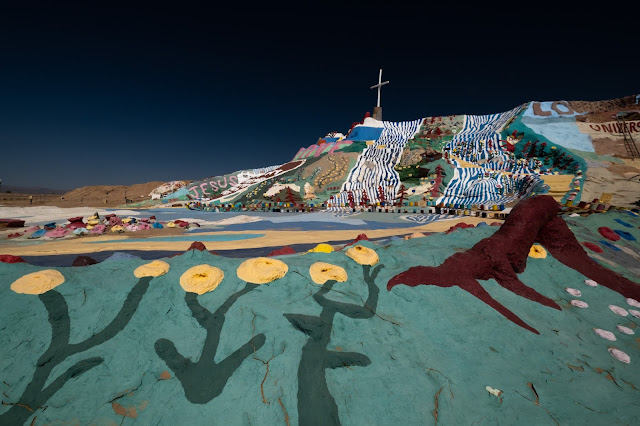